Facebook has unveiled its new corporate identity, which has been designed with branding consultants Saffron and typeface designers Dalton Maag.

The logo is now an uppercase wordmark. Facebook’s chief marketing officer, Antonio Lucio wrote in a blog post that the updated logo’s “custom typography and capitalization” distinguishes the Facebook company from the Facebook app, whose branding will stay the same.

A moving image logo, which changes colour, also demonstrates the range of products which are part of Facebook’s growing network.

While it started as a social media company, Facebook now owns many technological services such as Instagram, WhatsApp, Oculus, and its instant messaging app, Messenger.

“We started being clearer about the products that are part of Facebook years ago,” Lucio says. Over the summer, it began adding “from Facebook” within its family of apps, for example.

Over the coming weeks, Facebook will start using the new branding for their products and marketing, including a new company website. 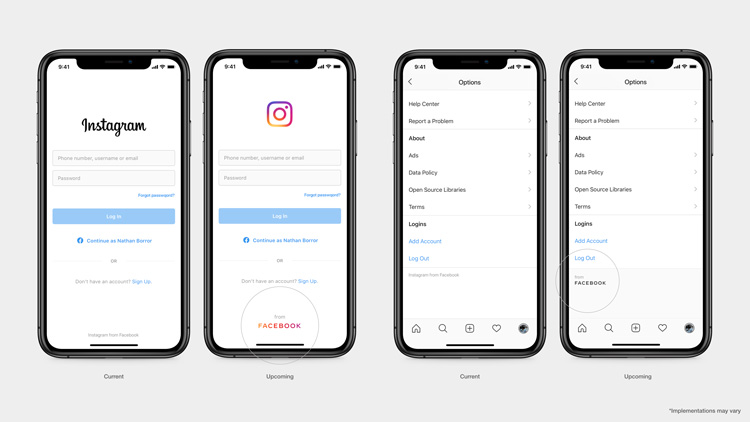 The new logo was designed with “clarity and openness in mind”, according to a post on Facebook’s design site. “The generous spacing and open letterforms allow clarity at small sizes, and the subtle softening of corners and diagonals adds a sense of optimism,” it says.

In creating an “empathetic colour palette” which changes colour based on the individual brand, Facebook hopes to create a “clearer relationship” between its network of apps. 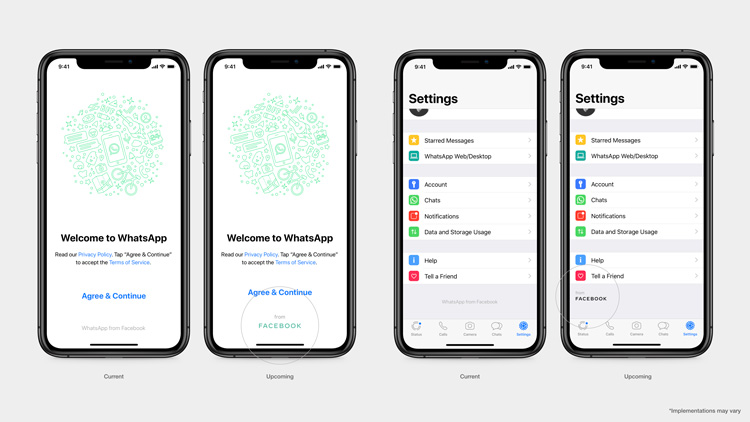 Facebook has also announced an updated art direction, with images that make the brand come to life “in the context of people, cultures, communities and relationships”.

The design team adds: “As the company continues to evolve, we hope this brand can help us better communicate the progress we’re making.”

Former U.S. secretary of state Hillary Clinton said that Facebook’s founder Mark Zuckerberg “should pay a price” for the social media company’s involvement in the 2016 US election.

In 2018, news broke that British political consulting firm Cambridge Analytica had illegally used data from over 50 million Facebook users to target voters. This data was also used as part of Leave.EU’s Brexit campaign in 2016.

Facebook’s controversial virtual currency platform, Libra, which is supposed to launch next year, has also come under fire recently. It has lost 28 of its initial backers and faced criticism from multiple regulatory bodies, including the G7. Libra’s virtual wallet app, Calibra, was also the subject of a lawsuit from bank start-up Current.